Of course, if the dribbler manages to change direction, then pressing players would recalculate their interception paths, so it might appear in the static screenshot that a simple turn by the dribbler would easily evade the pressers, but as soon as he does so, the pressing targets would also change to intercept his new run.

We can also tweak the values for how far ahead of the dribbler the pressers will project. Again, the static screenshot may make it seem like they are planning a path way too advanced of the ball, but in reality the dribbler is moving quite fast and will converge with the nearest interception circle in only a second or so. 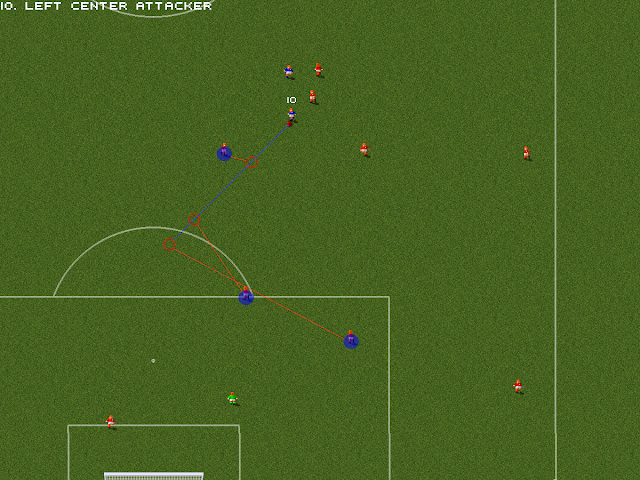 What we might want to do for less aggressive pressing players, is to extend a path from the initial calculated intercept point to the middle of the goal, and set the new target a percentage along this new line.  this would result in a kind of pressing that favors pushing the dribbler into the flanks whilst protecting the goal area.